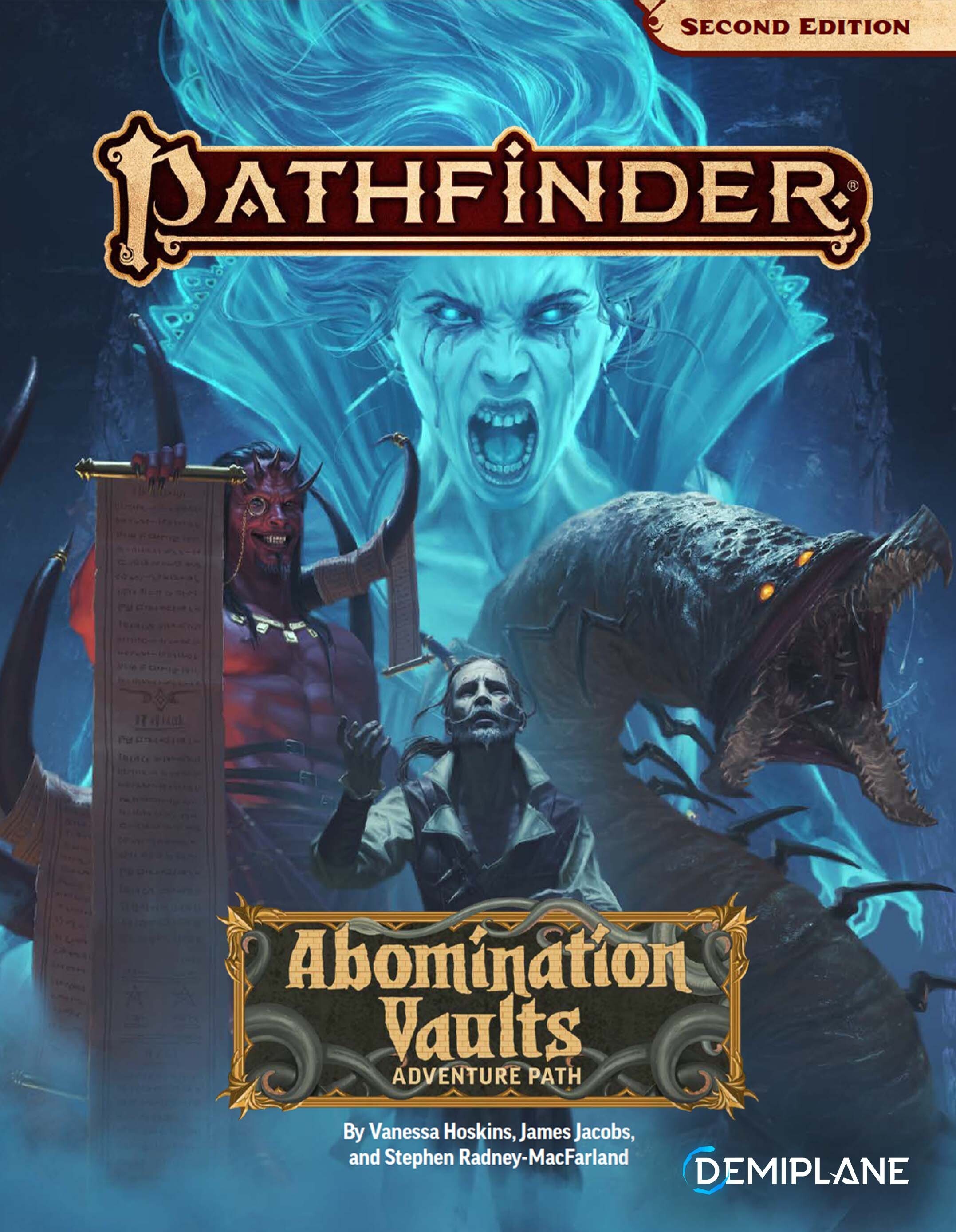 When the mysterious Gauntlight, an eerie landlocked lighthouse, glows with baleful light, the people of Otari know something terrible is beginning. The town's newest heroes must venture into the ruins around the lighthouse and delve the dungeon levels far beneath it to discover the evil the Gauntlight heralds. Hideous monsters, deadly traps, and mysterious ghosts all await the heroes who dare to enter the sprawling megadungeon called the Abomination Vaults.

The Abomination Vaults Adventure Path Bundle brings you and your players a dungeon-delving campaign like no other, along with support articles, rules, monsters, and more!

BONUS! Order the Abomination Vaults Bundle on Pathfinder NEXUS and get access to the downloadable PDFs when you sync your Demiplane and Paizo Connect accounts, a $53.97 value.

This pre-order unlocks the contents of this source in the digital reader on Pathfinder Nexus, as well as additional features as they enter Early Access.