Hands of the Devil 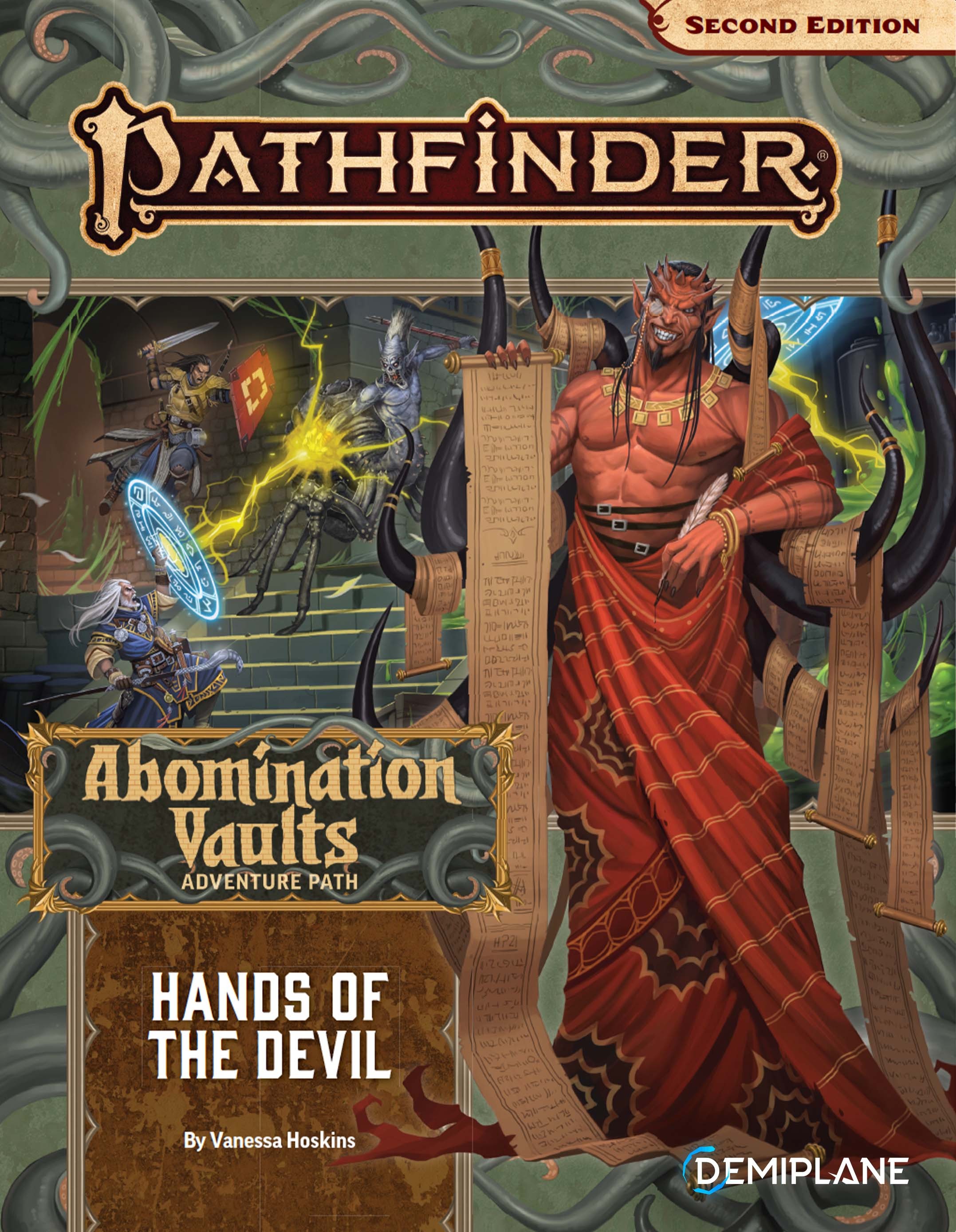 The Abomination Vaults sprawl far beneath the mysterious Gauntlight, and it's time to take weapons, torches, and wits into the deeper dungeons. Here, vile fleshcrafters labor to create armies of monsters for their long-dead leader, and a force of devils still work to maintain order among the feral and fractious monsters. An unlikely ally can reveal the secrets of the Abomination Vaults, but his price is steep and must be paid in blood.

"Hands of the Devil" is a Pathfinder adventure for four 5th-level characters. This adventure continues the Abomination Vaults Adventure Path, a three-part, monthly campaign in which the heroes explore a sprawling megadungeon to stop an ancient evil from renewing her monstrous vengeance. This adventure also includes a close look at the wicked will-o'-wisps, an examination of Golarion's fleshcrafters, and new rules and monsters!

Learn about the campaign’s main villain, history, and themes.

Chapter 5: Into the Training Grounds

The heroes recover four icons from Otari’s founders to access deeper dungeon levels and meet townspeople with surprising connections to the dungeon.

In old alchemical laboratories, the heroes can foil a seugathi’s schemes.

A contract devil named Urevian must fulfill a centuries-old agreement, but the heroes might strike a deal with the devil to save the town.