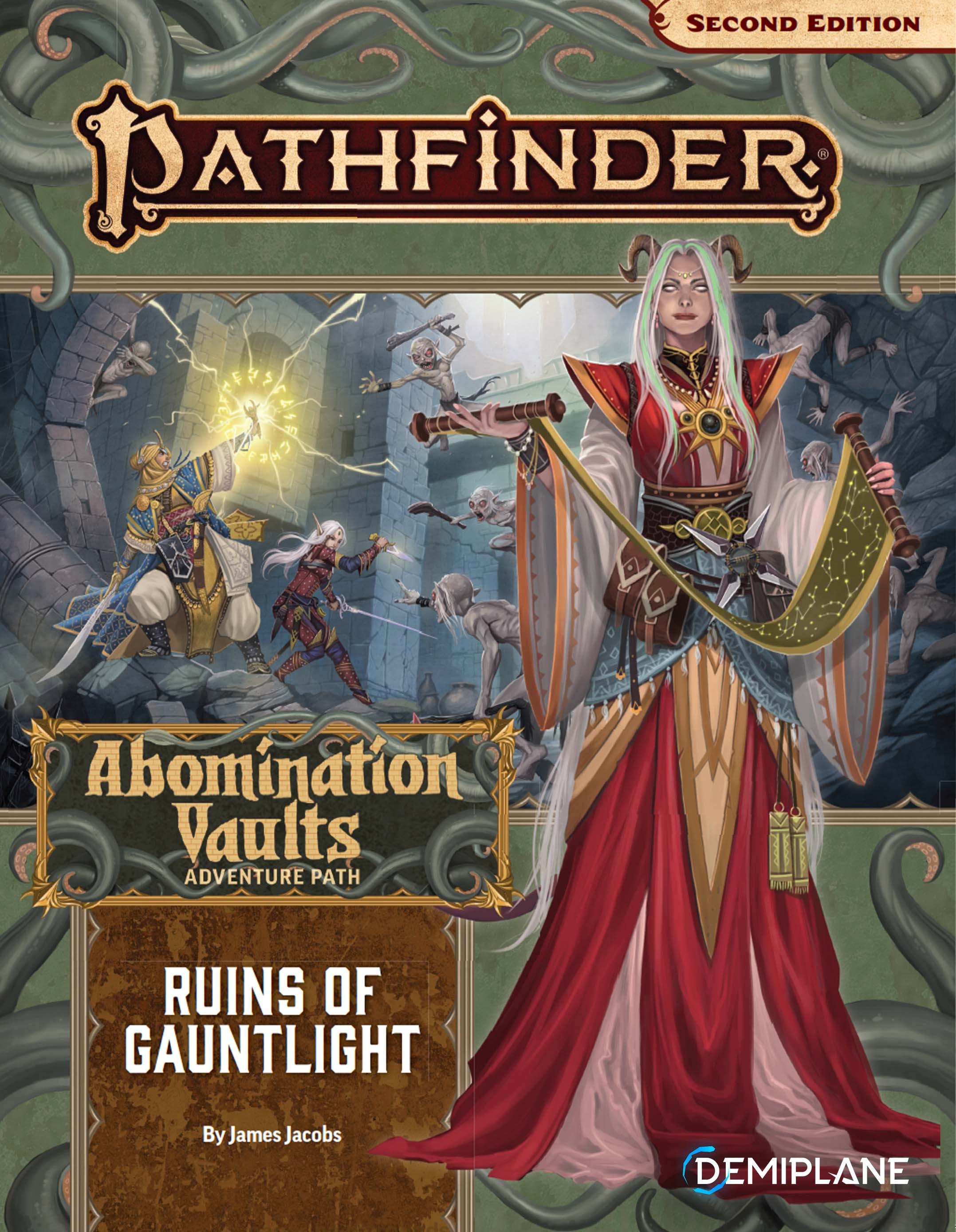 When the mysterious Gauntlight, an eerie landlocked lighthouse, glows with baleful light, the people of Otari know something terrible is beginning. The town's newest heroes must venture into the ruins around the lighthouse—and delve the dungeon levels far beneath it—to discover the evil the Gauntlight heralds. Hideous monsters, deadly traps, and mysterious ghosts all await the heroes who dare to enter the sprawling megadungeon called the Abomination Vaults!

"Ruins of Gauntlight" is a Pathfinder adventure for four 1st-level characters. This adventure begins the Abomination Vaults Adventure Path, a three-part, monthly campaign in which the heroes explore a sprawling megadungeon to stop an ancient evil from renewing her monstrous vengeance. This adventure also includes an extensive gazetteer of the town of Otari, the heroes' home base, as well as new monsters, new rules, and new artifacts—including the dread Gauntlight itself!

Learn about the campaign’s main villain, history, and themes.

The sleepy seaside town of Otari is the heroes’ main base of operations throughout the campaign. This article describes its residents, adventure hooks, backgrounds, and opportunities for downtime.

Chapter 1: A Light in the Fog

Wrin Sivinxi suspects something dangerous in the ruins of Gauntlight Keep and asks the heroes to investigate the ruins and its strange lighthouse.

Gauntlight’s dread beam animates the dead in Otari’s graveyard, and the heroes must help quell the undead uprising and return to the dungeon.

Chapter 3: Cult of the Canker

The heroes explore a sprawling library now inhabited by a group of scholarly and sinister ghouls who call themselves the Cult of the Canker.

After the heroes encounter the ghost of Otari Ilvashti, they receive a dire warning about what lies even deeper in the Abomination Vaults.