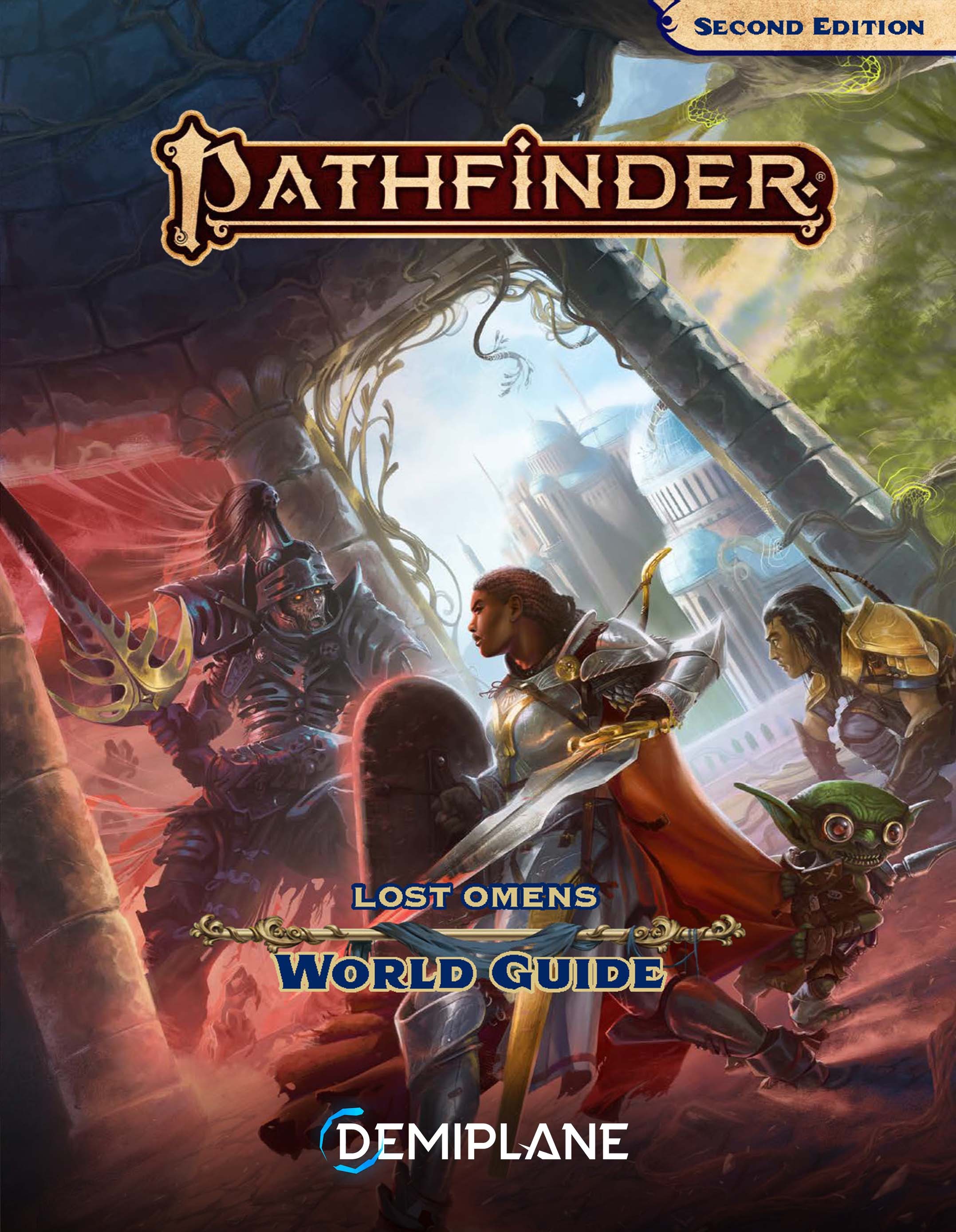 This indispensable guidebook to the world of Pathfinder presents everything you need to know for a lifetime of adventure in the uncertain Age of Lost Omens. The god of humanity is dead and prophecy is broken, leaving adventuring heroes like you to carve their own destinies out of an uncertain future!

This gazetteer features 10 diverse regions packed with thrilling and deadly possibilities and is accompanied by a giant two-sided poster map depicting the heart of the Pathfinder setting.

This overview presents all of the continents and regions of the world known as Golarion, as well as the planets and planes that lie beyond it—but still reach past their boundaries to influence the land of Lost Omens!

One of the oldest and most influential cities in Golarion, Absalom was founded by the living god Aroden and is home to the legendary Starstone Cathedral. Several mortals have traveled across the Inner Sea to Absalom and gained godhood from the Test of the Starstone, and countless aspirants line the streets of the city, hoping to become the next to ascend.

In this region ruled by scarcity and struggle, residents of the Broken Lands scratch out a harsh existence, plagued by desperate demons, metal monstrosities, or the cruel and unfeeling predations of their own neighbors.

Where once a holy bastion against evil stood, evil has now prevailed. The icy grasp of the lich Tar-Baphon threatens to consume all that surrounds his Isle of Terror, and the warring nations within his sight must now band together or perish.

Named for both their golden sands and the wealth that flows through their markets, the nations of the Golden Road have built their empires on the power of trade. Here the cities run rich with opportunity, but the deserts still threaten to swallow them and all their luxuries.

The oceans of Golarion are ruled over by pirates, sea monsters, and the fickle goddess of the waves. Those who sail the high seas are subject only to themselves and their own fortune!

From a city forced to live without magic to a kingdom ruled entirely by the undead, the Impossible Lands are scarred by an ancient war between two of Golarion’s most powerful mages.

A land characterized by its bounty, the Mwangi Expanse remains ruled by powerful and unique city-states. Yet upheaval has come in the form of a revolution—a new nation has overthrown its colonialist government and now seeks to form an alliance in the region.

Filled with ancient legends and epic heroes, the Saga Lands have been the site of incredible events in the past decade.

Home to the mighty nation of Taldor, the homelands of the elves and the dwarves, the democratic bastion of Andoran, and the blood-soaked nation of Galt, the Shining Kingdoms are host to some of Golarion’s oldest noble lines and finest knights, as well as centuries of deadly intrigue.