Punks in a Powder Keg 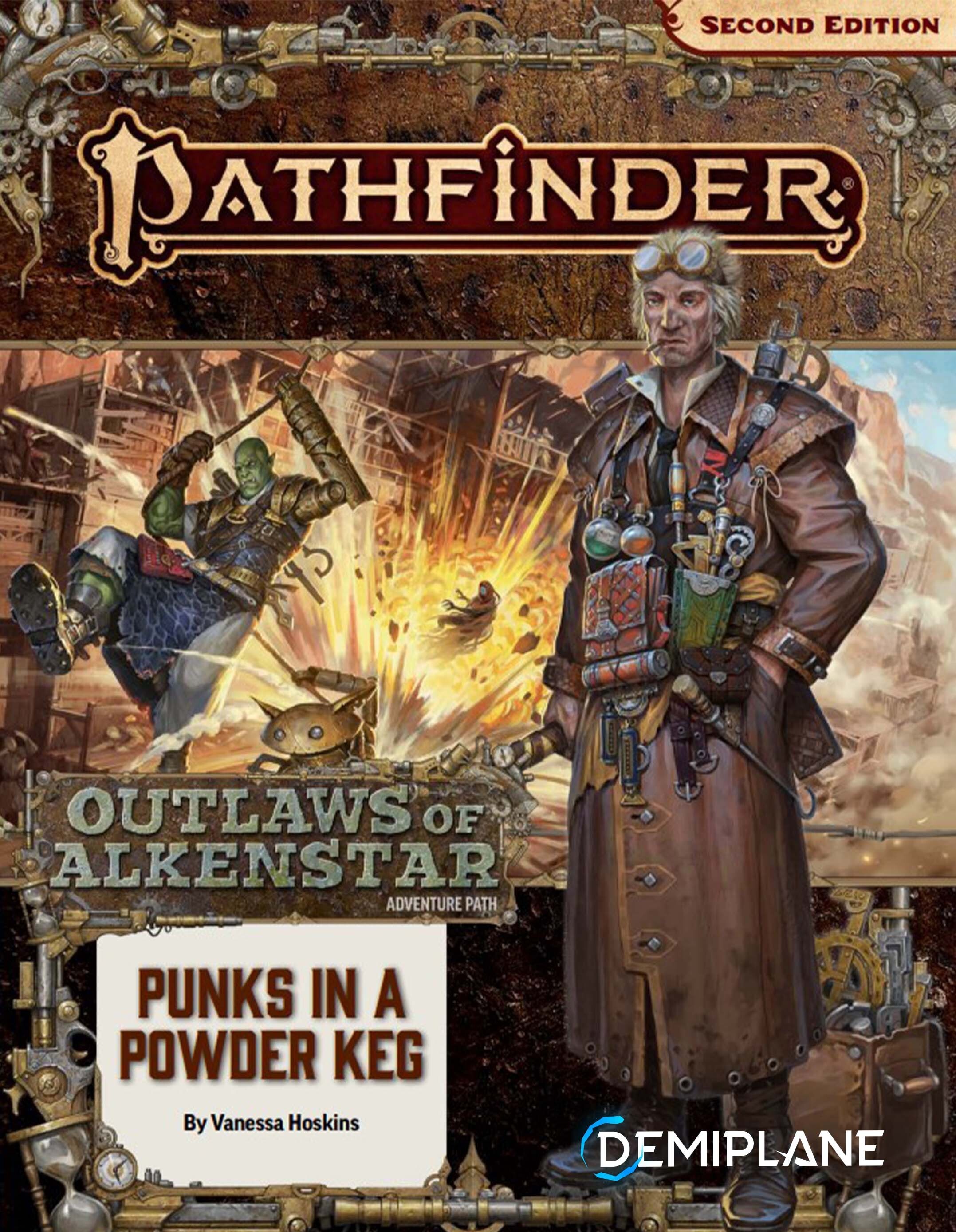 A ragtag band of gunslinging outlaws get their hands dirty in the greasy alleyways and whisky-soaked saloons of Alkenstar, the City of Smog. To get revenge on the mogul who destroyed them, the renegades will have to stick up an illicit bank, foil a crooked shieldmarshal, and escort a reclusive inventor to safety. All the while, countless rough-and-tumble rivals aim to waylay the party and seize the inventor's latest concoction: pyronite, an explosive substance with the potential to change the face of the world. In a city where the clockwork guards are literally as tough as brass, the antiheroes will need true grit to dole out overdue justice.

"Punks in a Powderkeg" is a Pathfinder adventure for four 1st-level characters. This adventure begins the Outlaws of Alkenstar Adventure Path, a three-part monthly campaign in which a band of outlaws unravel an explosive criminal plot in the heart of the City of Smog, Alkenstar. This adventure also includes a gazetteer of the characters' home saloon; new feats, items, and rules options perfect for gunslingers, gearheads, and grenadiers; and new steampunk creatures and mutant monsters to befriend or bedevil your players.

Punks in a Powder Keg