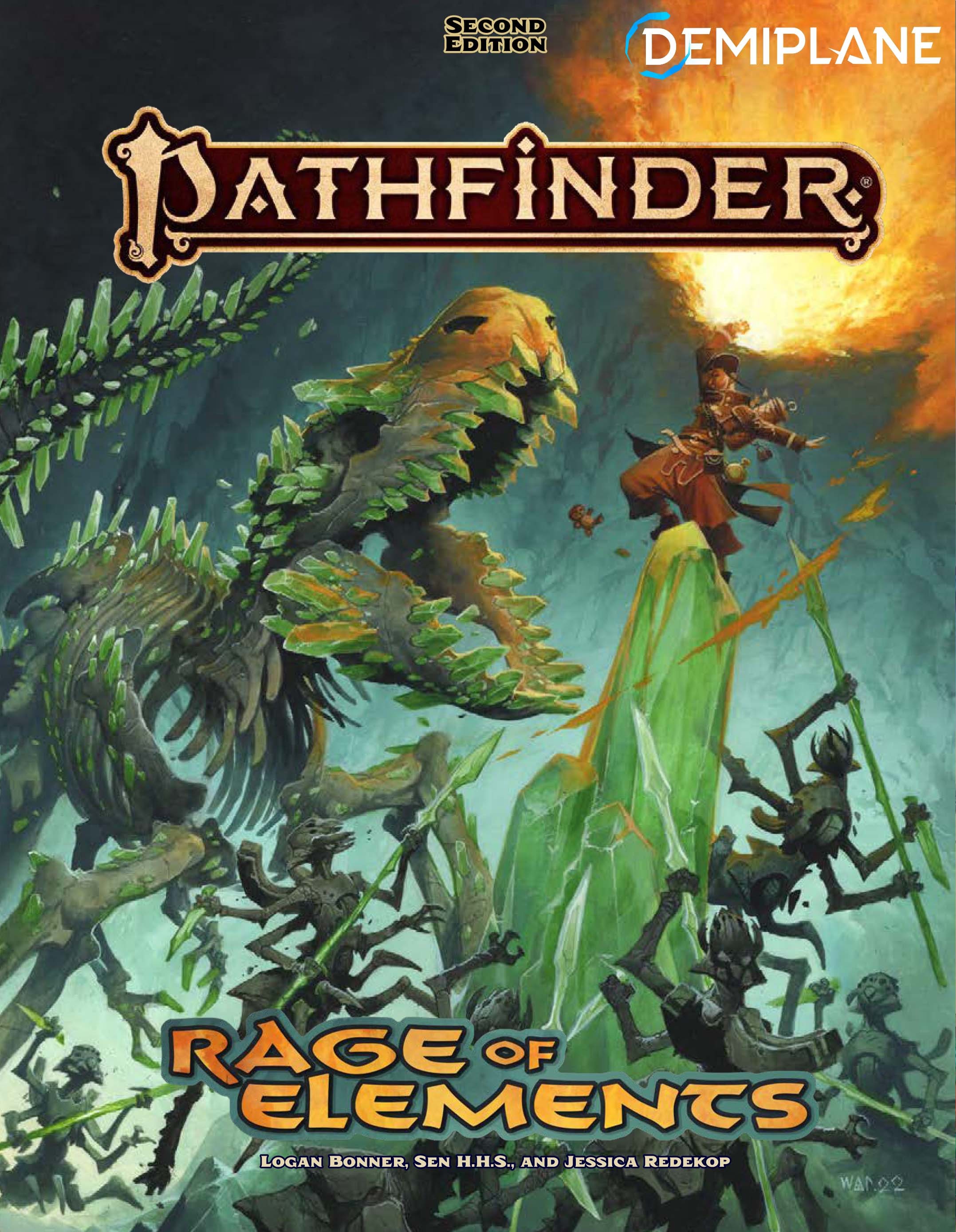 Harness the overwhelming power of the most primordial forces of nature with Rage of Elements, a new 224-page rules resource for the Pathfinder Roleplaying Game focused on the fundamental building blocks of reality itself!

The elements are yours to control with the all-new kineticist class, which brings one of fantasy’s most popular hero types to Pathfinder. New elemental spells and gear provide tons of additional element-themed options for all character classes, and an extensive gazetteer provides an overview of the majestic elemental planes—including two new ones: the decaying Plane of Metal and the vast and orderly forests of the Plane of Wood. A meaty bestiary presenting scores of element-themed creatures helps to populate these alien landcapes—and liven up even the drabbest Material Plane dungeon!

The gateways to elemental power stand open wide with Pathfinder Rage of Elements!

This pre-order unlocks the contents of this source in the Digital Reader and Game Compendium on Pathfinder NEXUS on release, as well as in additional features as they enter Early Access.