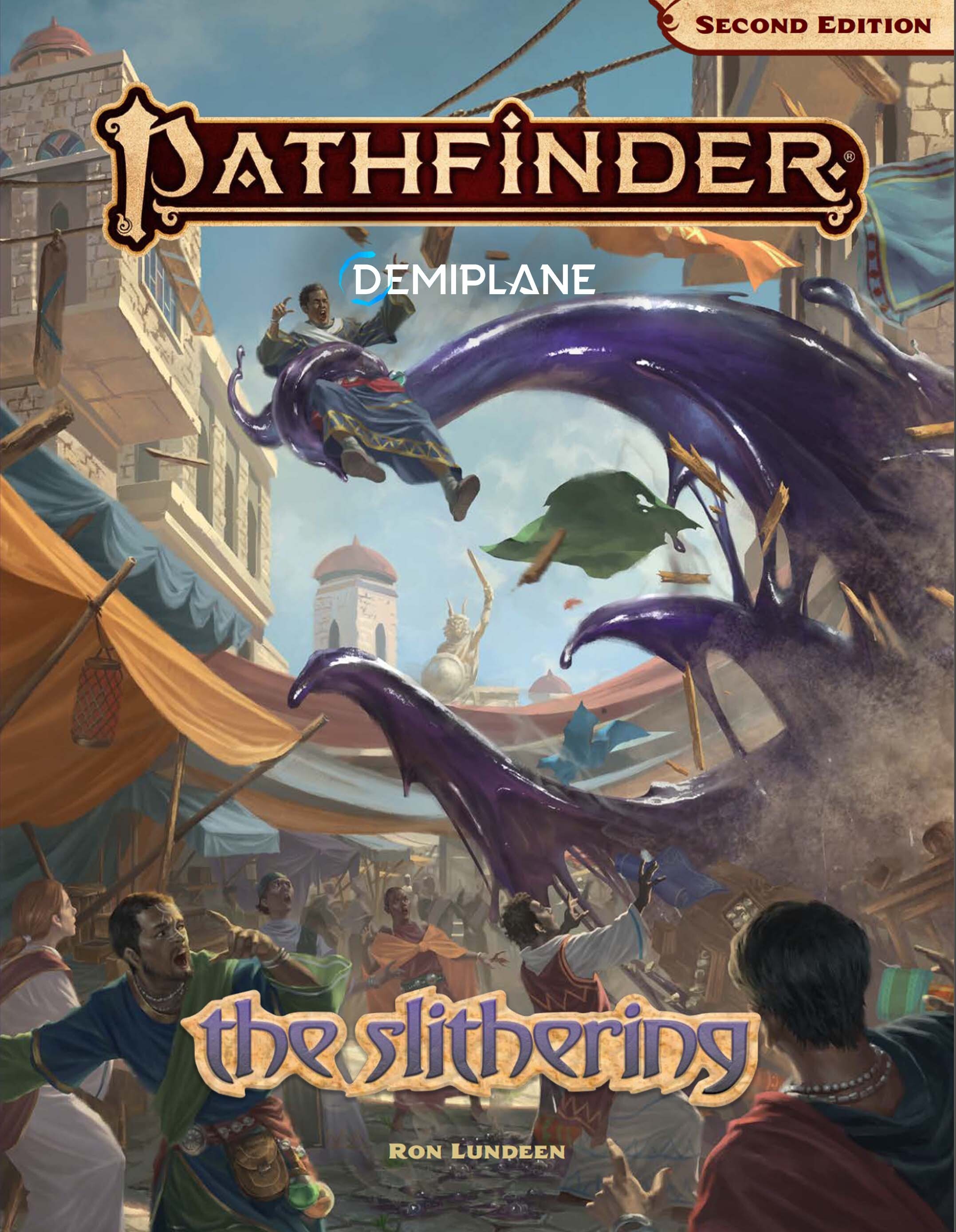 In the cosmopolitan trading city of Kibwe, at the edge of the Mwangi Expanse, innocent people struck by a terrible curse known as the slithering are melting into malevolent oozes. The heroes are at the epicenter of this slimy curse and might be the only ones capable of recovering the ancient magic required to break it. Tracking the course of the slithering through Kibwe's colorful markets and shrines, the heroes must untangle the curse's origin and discover the role the nefarious Aspis Consortium plays in the unfolding conspiracy. The mysteries the heroes uncover might usher in a new era of plenty and prosperity for Kibwe, if the heroes can survive the slithering to experience it!

The Slithering is a deluxe adventure for 5th-level characters written by Ron Lundeen. Featuring terrifying new monsters, repulsive new rules and magic items, and an in-depth look at one of the most exciting cities in the jungle-choked Mwangi Expanse, The Slithering provides a wealth of secrets and dangers! Be sure to check out the Flip-Mat for this adventure here!