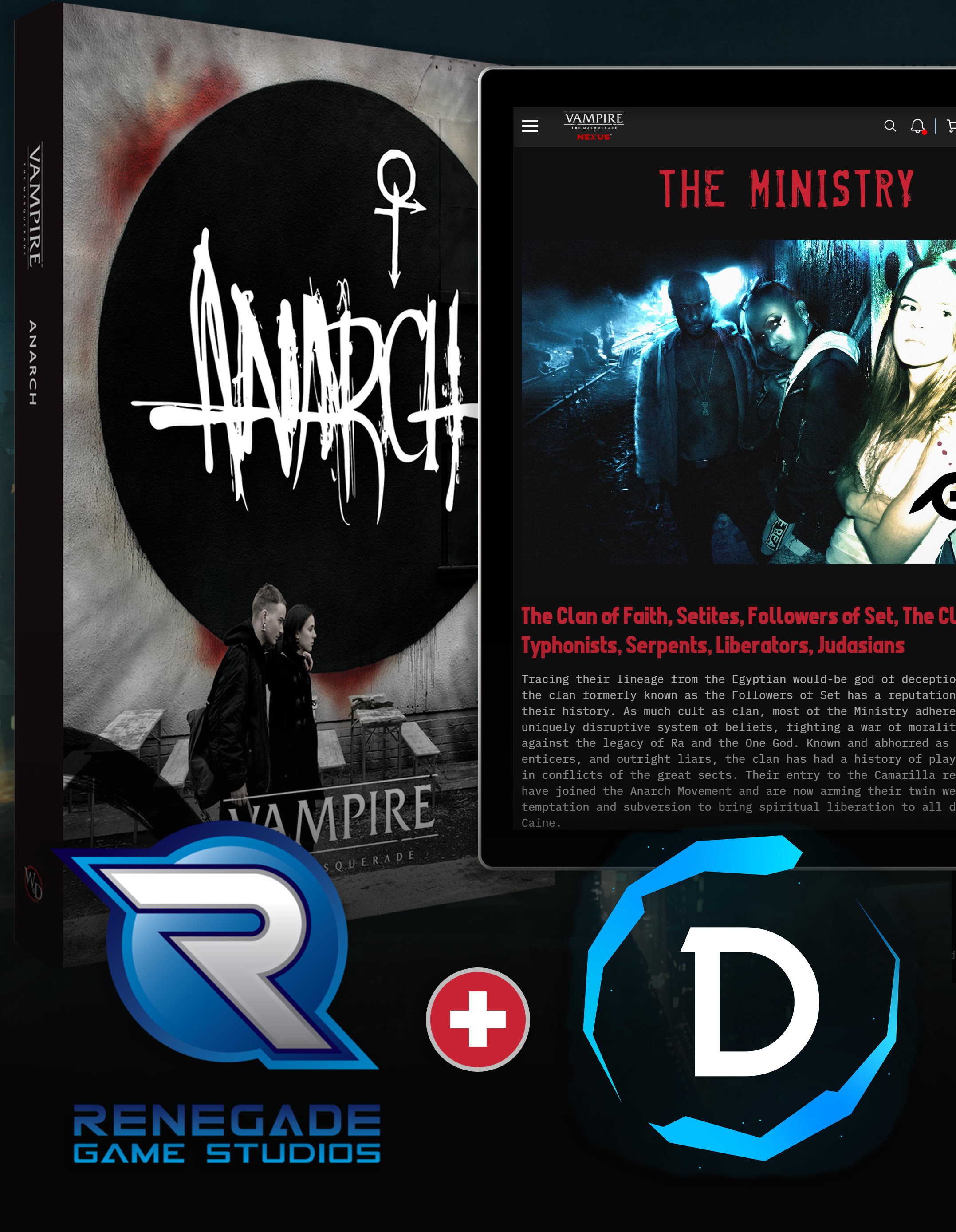 Welcome to a blood thriller on the streets of the modern nights.

For centuries, the Anarch Movement enjoyed an uneasy truce with the Camarilla, but no longer. Now, the Unbound refuse to bow to the sickening hypocrisy and tyranny of their former allies.

Claiming the nighttime streets as their own, the Anarchs seek independence from the despotic Elders, by any means necessary. Only the toughest and smartest of self-made vampires will survive.

This sourcebook contains stories and metaplot of the Anarch Movement in modern times, as well as ruleset and lore for clan Ministry (formerly known as Followers of Set).

Purchasing Anarch Sourcebook unlocks the content in the digital reader on Vampire: The Masquerade Nexus, as well as in additional features as they become available during Early Access.

When you order Anarch Sourcebook on Demiplane, players and Storytellers also gain access to: