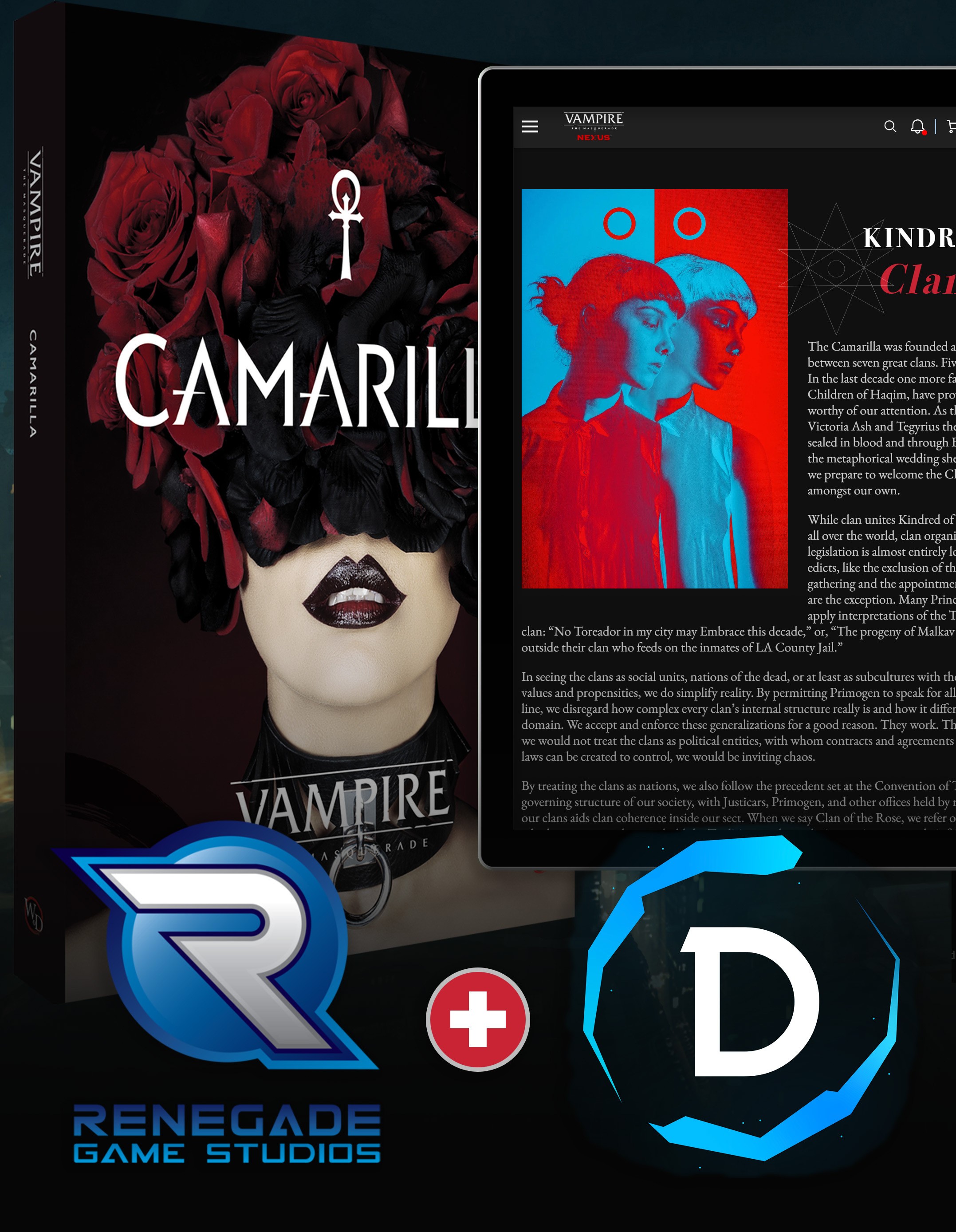 The global blood opera of the Camarilla story continues. As the eldest vampires begin to vanish, the Ivory Tower starts to crack under the weight of its own decay.

Once it was the mightiest faction of vampires in the world, a stronghold of immortality. Now it retreats into a maze of neo-feudal conspiracies to protect itself against the deadly threat of the Second Inquisition, struggling to enforce the Masquerade in the face of modern technology.

Camarilla Sourcebook contains information on the powerful vampire faction and its place in the modern world, as well as ruleset and lore for clan Banu Haqim (formerly known as Assamites).

Purchasing Camarilla Sourcebook> unlocks the content in the digital reader on Vampire: The Masquerade Nexus, as well as in additional features as they become available during Early Access.

When you order Camarilla Sourcebook on Demiplane, players and Storytellers also gain access to: