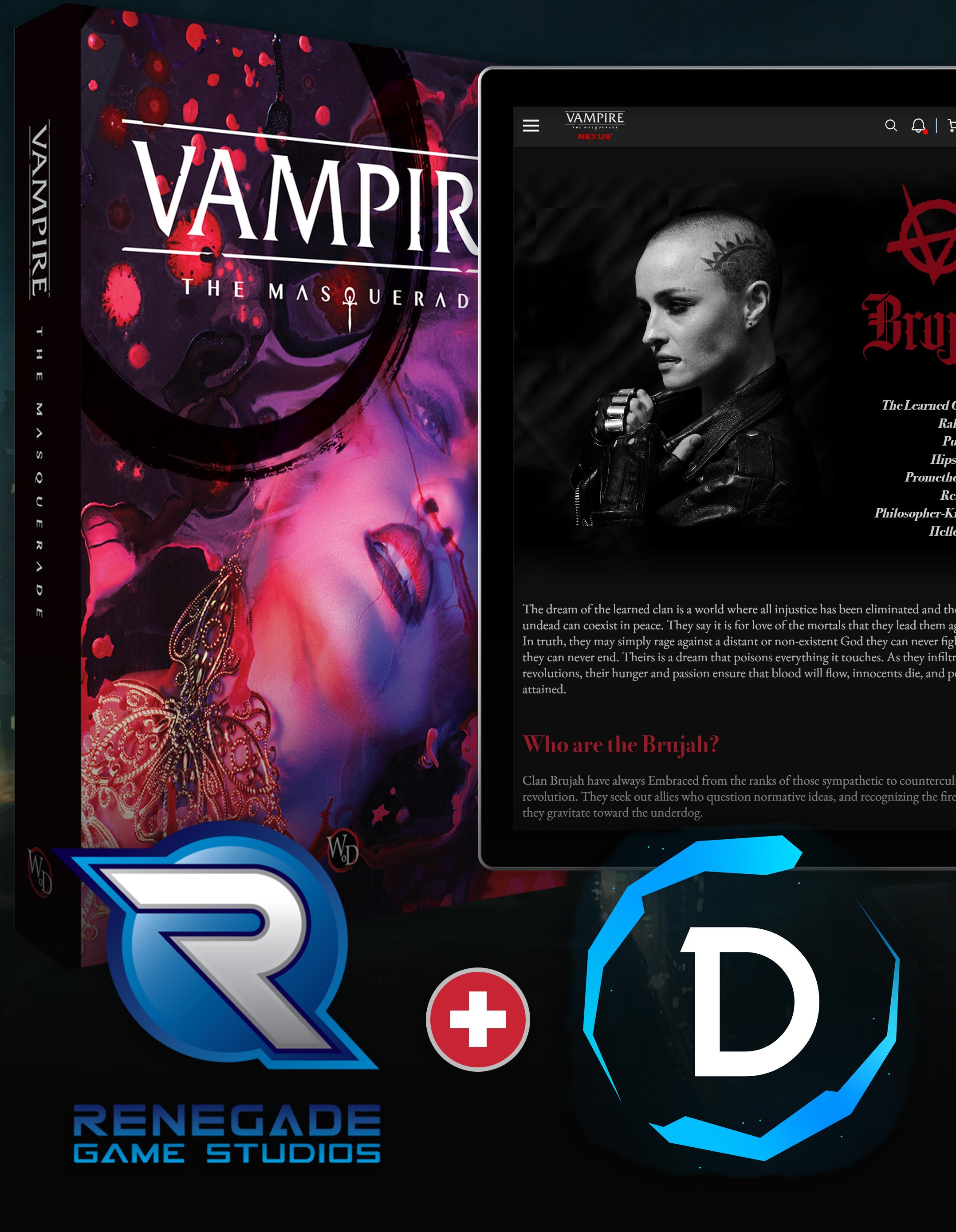 A Storytelling game of personal and political horror…

In Vampire: The Masquerade, you are a vampire, struggling for survival, supremacy, and your own fading humanity—afraid of what you are capable of, and fearful of the inhuman conspiracies that surround you. As a vampire, you suffer the pangs of the Hunger, the relentless and terrible thirst for human blood. If you refuse to deal with it, it will overcome your mind and drive you to terrible acts to slake it. You walk this razor's edge every night. This is the original and ultimate roleplaying game of personal and political horror.

Fifth Edition is a return to Vampire's original vision, moving boldly into the 21st century. While the rules have been redesigned, this new edition honors the deep story of the original, advancing the metaplot from where it left off and detailing exactly what has happened in the world of the Kindred up until tonight.

This source unlocks the content in the digital reader on Demiplane’s Vampire: The Masquerade NEXUS, as well as in additional features as they become available during Early Access.

Purchasers will also receive an emailed code for the physical book, redeemable at the Renegade Game Studios online store. Any applicable shipping & handling charged by Renegade Game Studios is in addition to the purchase price shown here and may vary based on your location. Click here for more information.

When you order Vampire: The Masquerade Corebook on Demiplane, players and Storytellers also gain access to: