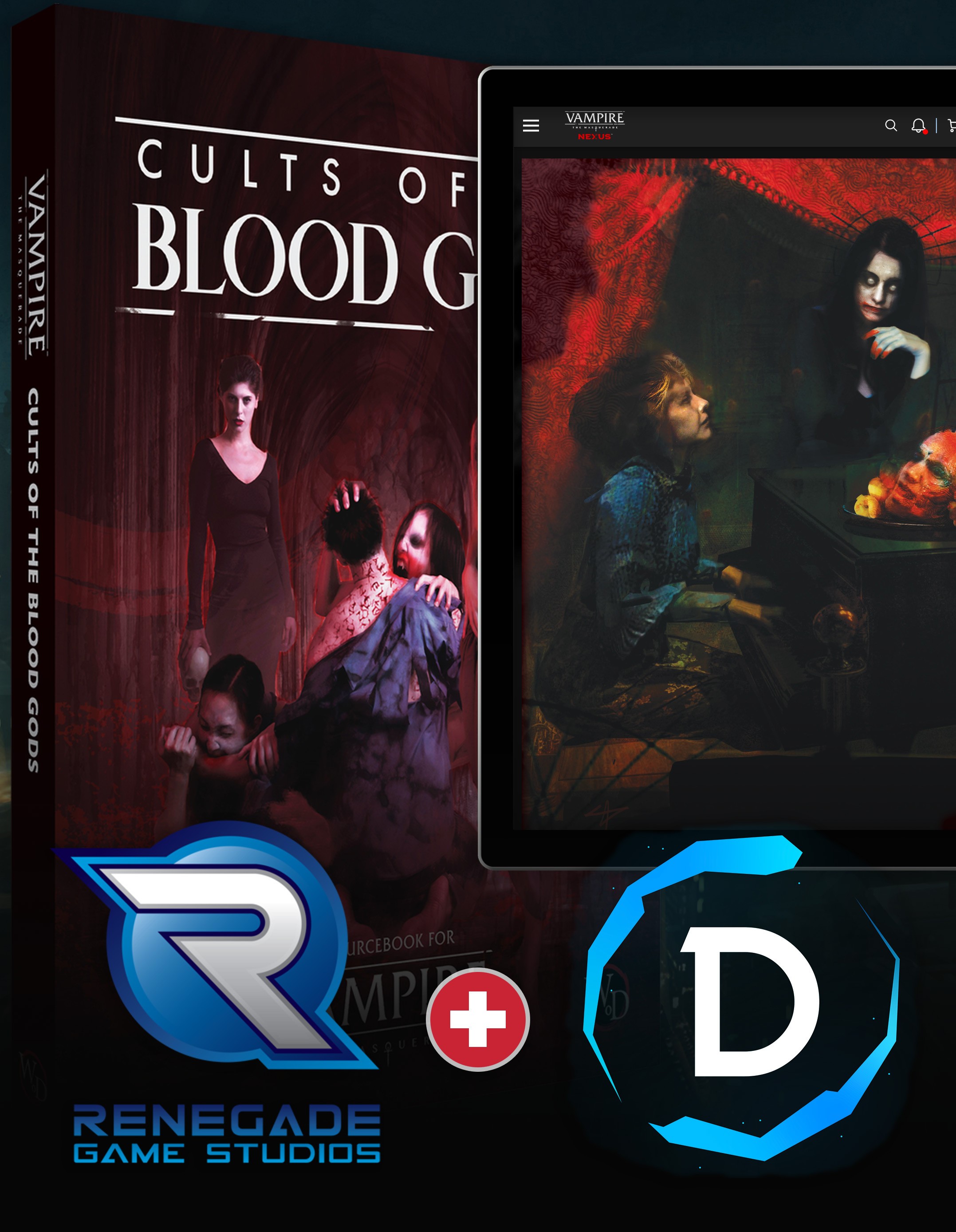 Whether for power, salvation, or transcendence, all Kindred cults wallow in blood. They shed it in sacrifice, demand it of their followers, and exalt it in unholy baptisms proclaiming their divine glories. These cults dedicated to blood gods are among the most insidious, damning sects of Kindred, and tonight they approach their apex of power.

Cults of the Blood Gods includes:

Preordering Cults of the Blood Gods> unlocks the content in the digital reader on Vampire: The Masquerade Nexus at release, as well as in additional features as they become available during Early Access.

When you use Vampire: The Masquerade NEXUS on Demiplane, players and Storytellers also gain access to: